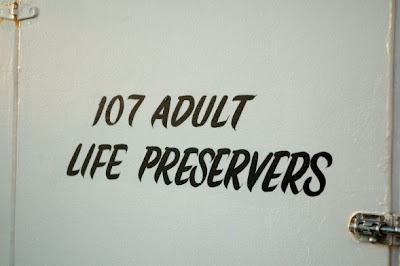 ...and my intro scriptwriting class began by telling twenty.
Today was day two of intro scriptwriting.  We each took a turn telling a tale from our past--all of which left us laughing WITH each other, not at.  Really.  While we learned a bit about each other, we also saw how the simplest idea can lead to a short screenplay, a short story, a play, a poem, an essay, a blog....
One script that we read began with a simple "What if?" twist.  What if my father had taken that job offer with the mob boss in Cleveland upon graduating college?  What would the responsibility of such a commitment do to an honest man?  (For those of you who don't know the laws of the Mafia--had my father taken the job with the mob, since he was not already a member of the family he would have had to kill someone to both prove his loyalty and so the mob would always have control over him.  He couldn't, but when I explore what conditions could make an otherwise honest man agree to such conditions--whala!  A story is born.)
We also read a short excerpt from my PLAYING HOUSE script, a story based on my husband who actually tried to save a woman and her toddler...who wasn't a toddler at all, but was a DOLL.  He was nearly run over by a car for his good deed.  While his story shocked and scared me, it also yielded a poem by me, which I later turned into a dialogueless short screenplay.
So what is your story?  Don't worry about whether or not it might make a great short script, with or without that "What if?" twist--simply entertain us.
Next week: the technical parts of a screenplay--a primer in how to draft the blueprint of a film.
Cheers!
Posted by biscotti dana at 6:31 PM 11 comments: 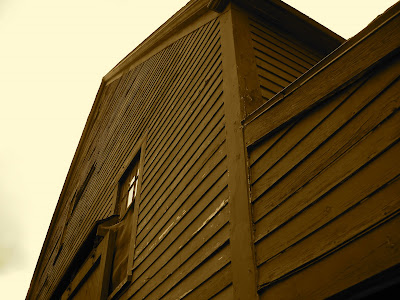 If only I weren't too sick to celebrate.  Still, I must sound my barbaric YAWP* over the [barn] roofs of the world, for I have hit FADE OUT again--this time in my latest revision of PLOWING UP A SNAKE.
Thank you, thank you, thank you to each and every one of you who helped bring the October reading to life and/or who provided helpful comments afterwards.
Next step? Re-read it for continuity and typos...and re-read it again.  Then send it off to yet another producer who has requested this latest copy.  This is it: time for Merle Drown's timeless novel to finally make its way to the big screen.  Wish us luck!
(The barbaric YAWP is, of course, verse originally constructed by Walt Whitman, used here in reverence to his indomitable spirit and undeniable genius.  The photo is one of my crazy angles taken of the enormous barn on my friend Amy's family's place in Madison, NH, last autumn.)
Posted by biscotti dana at 5:37 PM No comments: 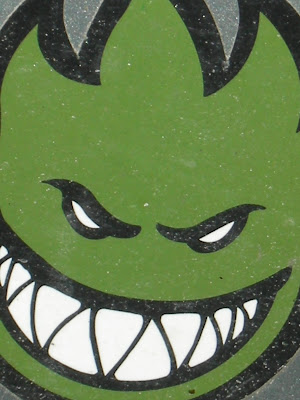 ...I promise.
I will soon return to the original intent of this blog: to write about the short script.  And help you through the many steps to writing that perfect and poignant poetry of motion picture writing.
First lesson: to be uploaded next week.  After I teach my first class at UNH-M.  Feel free to play along.
(Image above of a sticker on the back of my ride; I forget the name of the skateboarding company that provided it free with the purchase of my son's skateboard...but suffice it to say I liked it enough to use it both on my car and on my blog.)
Posted by biscotti dana at 11:12 PM No comments: 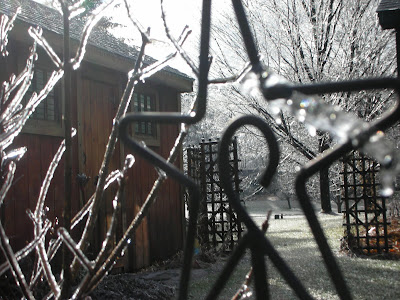 Apparently 2009 is the Year of the Ox in the Chinese Zodiac.  I've been calling it the "Year of the O" as in President-elect Obama.  It could also be called the "Year of Hope."  Either way, we'll soon be in good hands.  Thanks be to the voters.  And, I have no doubt, a higher power--whatever name you may call Him (or Her).
I teach my first UNH class on Inauguration Day and plan to release my students early so we can each catch the swearing-in ceremony as it is broadcast live.  While the communal lunch and viewing of the Inauguration at my favorite independent cinema (Red River Theatres) has just sold out, the good folks there have sent along word that the Concord Monitor is sponsoring a community viewing of the historical event at the Capitol Center for the Arts in Concord.
So while I ponder returning home to watch it in the privacy of my living room or of joining others to experience it, I am wondering what you're planning to do for the day?  (Survey to the right, or feel free to comment here.)
A happy new year it is!  With or without today's lovely snow, ice, and freezing-rain event; captured above is evidence of the last icing.  Beautiful.  Magnificent.  And such a pain in the you-know-where.  :)
Posted by biscotti dana at 11:46 AM 1 comment: