Gather One, Gather All for Omnium Gatherum:
An Anything Goes Presentation by Students of the Advanced Short Scriptwriting Course at UNH Manchester
(Copy from a Press Release that is near and dear to my heart. Please read on and you'll see why....) 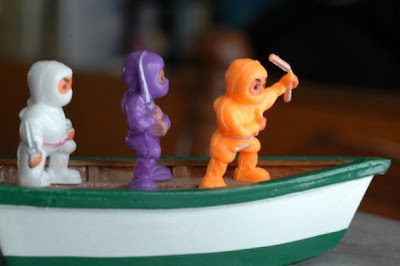 Manchester, NH: What do gimp, zombies, lost souls, bald cats, and Shogun warriors have in common? They are all part of several possible new TV shows developed and written by students of the Advanced Short Scriptwriting course at UNH Manchester.

Students will present examples from their work during “Omnium-Gatherum,” part of the University’s Brown Bag Lecture Series, on Wednesday, May 9, Noon to 1:00, in the third-floor auditorium of the main campus building at 400 Commercial Street.

Some will read scenes from their pilot scripts while others may write new scenes developed expressly for the lunchtime forum. One student plans to discuss the traditional four-act structure inherent in hour-long television dramas, 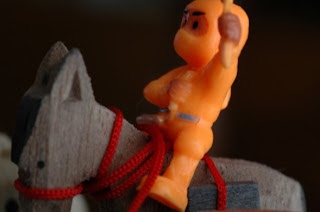 while another will attempt to pen an all new and original “Ode to a Cat” monologue. Still another student hopes to conduct a comedy improv sketch that may even involve willing audience members.

The Advanced Short Scriptwriting course offered by the Communications Arts Department takes students beyond the festival-style short scripts written in the introductory class and introduces them to the world of sit coms and hour-long shows. Early in the semester students evaluate and analyze scripts from existing and classic television series as they develop and pitch their own projects to the class. Later they read aloud and critique each others’ scripts, utilizing the notes from their classmates and professor in the revision process.

The course is taught by Adjunct Professor Dana Biscotti Myskowski, an award-winning screenwriter with a Professional Certificate in Screenwriting from UCLA who is currently enrolled at Goddard College where she is one semester shy of completing her MFA in creative writing, focusing on screenwriting and playwrighting. In a spirit of “we’re all learning together,” Dana will read an excerpt from her own creative thesis script during the hour-long presentation, thus adding Inuit and hit men to the already quirky program.

UNH Manchester, the university’s urban campus, brings undergraduate and graduate programs to people who live and work in New Hampshire. Please visit us on the web at www.unhm.unh.edu.

Please consider yourselves all cordially invited to attend. It's a bring your own lunch, or you may purchase something to eat from the first floor lobby cafe.

Cheers,
Dana
Posted by biscotti dana at 9:33 AM No comments: 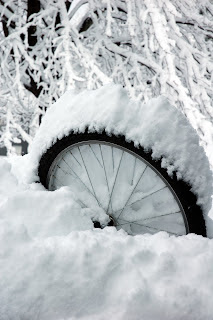 Tired of snow, tired of reminding teens to put away their bikes...until the snow covers [most] of the evidence.

That's a lot of snow for April. Pretty, but still...too much for April.

Did I mention how beautiful it was, though? Happy Spring.... 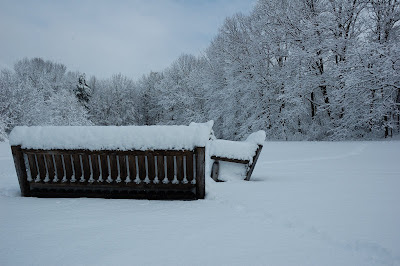 Pictures of our yard taken by me...my first time using my husband's "new" digital SLR camera that he bought more than a year ago.
Posted by biscotti dana at 7:08 PM No comments:

Here it is, the link to my latest published work--and my first ever published and printed short screenplay. I think it's kinda cool to see it in print.

While working with the editors, trying to retain at least some of the proper screenplay formatting, I was reminded how precious few opportunities there are for us screenwriters to get our work published, never mind produced! Oy. I'm gonna have to do something about that. (Watch for news on that project later this year.)

PLAYING HOUSE in the Pitkin Review
Posted by biscotti dana at 9:59 AM 1 comment: