The State of Giving Thanks... We moved to New Hampshire on my son's 10th birthday, leaving behind the rural Berkshires and moving to the somewhat more populated hill town of Henniker, home of Pat's Peak Ski Area.

"This is the worst birthday ever!" our son scolded us as we loaded up the minivan that morning.  Two hours of pouting later we pulled into our new driveway and unloaded.  "Can we play now?" my son and his younger sister wanted to know.  "After you unpack your underwear," I answered, handing them each a box.

The kids plodded to their rooms, resentful of having to complete yet more work. Within minutes a screech erupted as they found not skivvies, but scooters.

They took to our suburban-esque street: a quarter-mile paved loop with about twenty or so houses facing an open green.  Within three passes on their new scooters, they trailed kids like the Pied Piper.  Stopping for a quick drink of town water from the tap--a luxury we well-users had never before known--my son proclaimed, "This is the best birthday ever!" and within seconds he returned to the street with his new posse of friends.

Moving to New Hampshire meant introducing my children to the Old Man. Fortunately, I wasted no time.  Just days after I'd acquired my new "Live Free or Die" plates, we made the trek to that now infamously faceless ridge.  All three of us marveled that the jagged rock really did resemble a man, before hopping back into the van and driving south to meet dad for dinner.

A couple years later I was tapped to write a climate change script for the state's Christa McAuliffe Planetarium.  Upon interviewing scientists, I learned that the corridor of air mass that moves over the White Mountains and out to sea is charmingly nicknamed the Exhaust Pipe of the country, for all the pollutants that the wind currents carry our way.

As I stare at the back of our year-2000 state quarter, I speculate that perhaps the Old Man couldn't hack the air up there anymore.

Tomorrow as we greet refugees to our country in a volunteer holiday dinner at a church in the state's capitol, I wonder if they'll consider their first Thanksgiving their best day ever or the worst.  I'll have to bring along a New Hampshire quarter and introduce them to the Old Man; I think he would have liked that, with or without a new scooter to cruise around on.

(NOTE: The above was inspired after stumbling upon NPR's State by State story that they did earlier this fall, and that they will discuss on Thanksgiving Day.  The story on Blog of the Nation will focus on the book State By State: A Panoramic Portrait of America, compiled by Matt Weiland and Sean Wilsey and featuring 51 writers.) 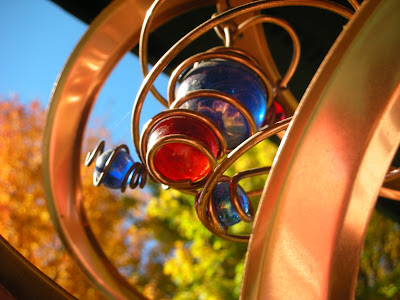 I just received my first e-greeting of the upcoming holiday.  I responded with my own colorful e-mail that took me some time to construct, complete with a photo.  "Give time, not money."  It's a mantra that I've been hearing more and more of as we head into this holiday season.  It's like the stay-cation slogan of the holiday season.  And I must admit: I'm thankful to hear it. Thanksgiving is the holiday when I most miss my father.  It was his favorite holiday since the emphasis is on what we have to be thankful for, and spending time with friends and family, without any of the pressure of having to purchase gifts for everyone.
A few years ago, when our kids were much younger, we began a tradition: Thanksgiving Hands.  We cut out hands--like grade schoolers do for their Thanksgiving turkey art projects--and give one to each person present at our dinner table.  Each person writes what he or she is thankful for, places the hands into a hat, and once all the hands are collected and shuffled, we each take one, careful to avoid taking our own in the process, read it aloud, and try to guess who wrote the message on the hand.  It's a fun way to get to know each other a bit better.
Do you have a tradition during the holidays that emphasizes the "give time, not money" mantra?  Or a favorite recipe?  Please feel free to share it here.  Who knows? By taking a few moments of our time, perhaps we'll all develop new family traditions that will keep on giving for years to come.
Happy Thanksgiving, All!
Posted by biscotti dana at 12:57 PM 5 comments:

Time to take back my blog... 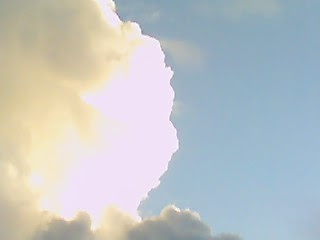 I began this blog in a workshop sponsored by the NH Writers' Project.  I didn't give much thought to what I intended to do with it then, but now, as I reflect upon the last few years, I realize my original intent was not so much born of desperation--just to get blogging during the workshop--but ignited from my passion for screenwriting.
I took a slight tangent as I covered the twists and turns of my four semesters studying in Goddard College's low-residency MFA in Creative Writing Program, graduating earlier this year, in January.  These past few months I've wandered all over the place, lost because my plans to turn my degree into a full-time teaching post did not turn out as hoped.
So, while I may still be puzzling out exactly what I might do in the future, I have decided to return to my original idea for this post: to share my love of the art of the creative process in writing screenplays. 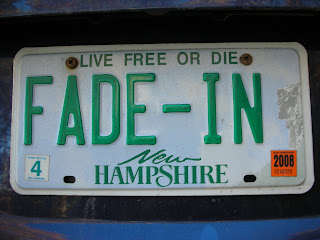 We'll begin with the short script.  And take it slowly, but steadily.  One post a week is what I'm hoping to accomplish, begging your indulgence if I should become bogged down with another project or in my many volunteer or adjunct teaching commitments.
Since I'm teaching Intro to Scriptwriting again next semester at the University of New Hampshire-Manchester, I'll make it my early New Year's Resolution now to begin blogging about the art of crafting the short script in January 2009.  I'll begin posting blogs when the UNH semester begins.  See you then!
Posted by biscotti dana at 2:34 PM No comments: