I'm stressed. You only have to enter my house to know that. The smells of barbeque chicken in the crockpot are enough to make even a vegetarian salivate. I can't help myself. I cook when I'm stressed. I don't eat though, so my family will have to take care of that part of the equation. 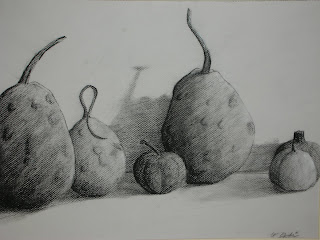 I have a second crockpot filled with root veges and I'm peeling potatoes for a vat of mashed (those I WILL eat).


I picked a bushel of apples with my daughter this morning that will become numerous canned jars of applesauce, a couple pies, and an apple cake. I have pie pumpkins that look adorable on my windowsill, but which will not escape my wrath as I seek to chop, squish, and puree the life out of as many foods as possible today.

And I'm planning a pork loin for tomorrow, which I will begin by marinading today.

Then there's the ice cream. I love making ice cream, but when I'm stressed I especially like it. Of course the electric whirring of the blade isn't nearly as satisfying as the hand crank I get to help with when visiting friends at their camp north of the lakes region.

I'm brewing ginger green tea. Three pots. And coffee, but I'll drink that as I work. And I noticed there might some more broccoli to harvest. Maybe I'll make a wholewheat pizza with that and my spices that are overgrowing the garden beds this time of year.

Of course, no stress-induced cooking would be complete without a chocolate yummy or two. And my ricer is available; perhaps I'll cook up a batch of brown rice for rice pudding later in the weekend. Or I could pair it with the frozen shrimp I've been saving for a special occasion (I think this counts).

Did I mention I'm stressed? I hope to be exhausted later. Otherwise I may be cooking long after the sun goes down.
Posted by biscotti dana at 2:03 PM No comments:

You know it's almost autumn when... 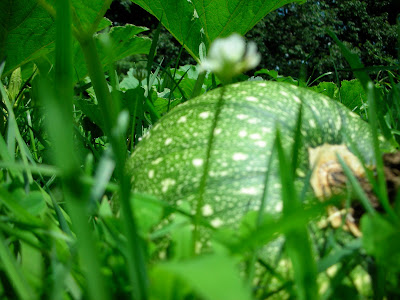 I'm making the first applesauce of the season. And we picked our first ripe pumpkins. The squash is almost gone. The yellow finches are losing their brilliant mating hue. The chickadees are stopping by our feeders on their way south. The geese congregate in the nearby fields and ponds as they, too, wing toward warmer winter climates. And...we return to school.

It's the end of an awesome long holiday weekend. And the end to summer. Bittersweet perhaps, but the sweet scent of cinnamon and apples is worth celebrating.
Posted by biscotti dana at 7:57 PM 4 comments: 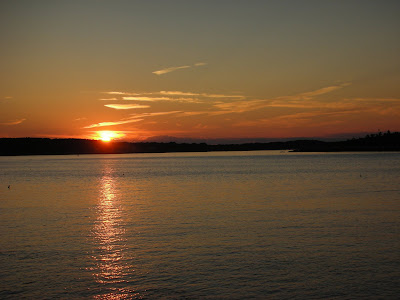 Weird. For about a month and a half I could not add a new blog post to this, my original blog. Now that I can, I am faced with the question: do I remove Poetry in Motion Pictures, Take Two, or do I finally launch my "How to Write Screenplays" blog at my Take Two site, and reserve this blog for posts of a more varied nature?

And in asking the question, I've answered it.

And while you may be asking yourself why you're still reading this rather redundant post, you can thank the ever-changing role of the internet in my life (in all our lives, perhaps) and a small book by David Meerman Scott that I use in teaching my Media Writing classes at the University of New Hampshire: The New Rules of Marketing & PR. If you haven't read it yet, do yourself a favor and read it. Soon.
Posted by biscotti dana at 2:12 PM No comments: