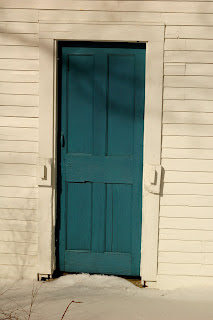 She or he's going to want another.

We open our door every Thursday night to any teens who want to eat dinner with us at 6:30 p.m. Last night's crew broke all previous records as nineteen bumped and squished around the table.

The early arrivals sat and, surprisingly, popped on the animated movie "Land Before Time II." After dinner half the group watched the third installment and called or assigned characters for each of the viewers, while the other half skateboarded in our driveway, spilling onto our normally quiet and peaceful green. Eventually the entire group ended up outside skateboarding and wrestling...and generally being a bit too rowdy, or so I'm afraid (did I mention we live on a normally peaceful green?), so I broke up the crowd a half hour earlier than normal and drove half of them home while the others drove themselves and their friends home.

"Thursday Nights" or "Lulu's Soup Kitchen," so called after my son's nickname, began small when on the last day of school in June of 2006 we ended up with about sixteen teens at our house. They were visiting since my kids and I were headed to California the next day to see my family for a few weeks. I had to run out for milk and returned with enough hamburgers, hotdogs, buns, chips, strawberries, and popsicles to feed the crew. By fall the dinner nights became routine.

This thing I do--cooking dinner for so many--is not as generous as it sounds. There's an ulterior motive involved: I want to get to know my teens' friends. So perhaps it's more a bribe that I throw food out on the table every week. Or perhaps, like calling my dog back inside from the yard with the promise of a treat, it's because I don't want to lose any of them--not my own kids, not their friends.

Teens have it hard these days. Much more difficult navigating the bumps and bruises of those awkward years than I ever experienced. There's more available to them in the negative category: seems like anyone's willing to sell them cigarettes or at least there are plenty of 18-year-olds who will buy for them, and the drugs that run through our sleepy college town have been a huge wake up call for me.

Add to that the antagonism from some town officials toward the teens, and most adults here would admit they would never go back. Sure the town provides a teen center that is open to the high schoolers three whole hours a week; well, most weeks. So what are they supposed to do the other 165 hours? Let's see, sleep accounts for about 60 of those hours, give or take. School accounts for what? About 35 or so hours. A couple of them have part time jobs. I've heard a few of them mention homework once or twice. And then there's the skate park.

Let's talk about the skate park. Here's what our town did: they built a skate park, or, as I understand it, actually a senior at the high school built the park as his senior project, some years before we arrived in town (we've been here half a dozen years now). For some unearthly reason, officials thought the skate park should be located behind the elementary school playground. High schoolers smoking and swearing and listening to their music full blast right behind the elementary playground. It doesn't take a genius to see the problems inherent in that mixture.

And there were problems. So the town snuck in one school day late last fall, demolished the park without one word of warning to the skaters who had brought down some of their own equipment (my son lost a homemade box and rail that cost well over a thousand dollars and a weekend of work to build). The skaters were angry. Understandably so. I was even angry, though I was happy to see that someone finally realized how ridiculous it was to have a skate park on elementary grounds (unless you have two parks: one for the younger set and one for the older teens).

So, after complaining to the town police and learning that they had nothing to do with it, rather, it was a selectmen's meeting that resulted in the decision, my son called and scheduled a meeting with the town manager. This is good, right? My teen age son taking responsibility? Getting involved in local politics for a cause he believes in? He wanted to inquire how he and a group of friends, including town businessmen and parents who had volunteered to help, could relocate the park and rebuild it.

Rather than being met with cooperation of any kind, he was met with hostility. After all, here's this teenage skate punk, right? He doesn't do anything but swear and sleep and jump around on that stupid piece of pine with wheels. Never mind that it was at the town skate park where he was first spotted by a skate team manager and signed by his sponsor. Nor that the local sports webzine sent a photographer down to the local park to grab him in action and write an article on the company that sponsored him.

Meanwhile, my son has had a couple of great meetings with selectmen in the next town over who, when it came time to demolish the local skate park so that the new junior high could be built, were actually looking for teen skaters to talk with as they redesigned the new park. It has yet to open, but at least my son had a good political experience, even if he had to leave home to find it.

Now it's spring and the kids have nowhere to skate, and the business owners and college are already tired of chasing them away. The police, too, are frustrated. We've had chats with them about the need for a skate park, but my son's initial meeting with the town manager was so bad that it left a horrible taste in all our mouths. And he was not alone. Unbeknownst to him, another skateboarder met with the manager and discovered the same hostility.

What teens? Maybe if we ignore them, they'll go away. I don't think so, though. Conventional wisdom says that if we take away a teen's skate park, she or he's going to want another.

Guess it’s time for round two. And for me to get involved. Maybe if I invite the town manager and the selectmen to Thursday night dinner they could get to know some of the town’s teens--the generally rowdy, often dismissed, skater crowd--as well as I do. Maybe then a spirit of cooperation will begin. And our teens will have one thing more to list in their positive column.

Photo above of a door from an interesting old shed in town taken by my hubby on one of our winter walks.
Posted by biscotti dana at 4:01 AM 1 comment: