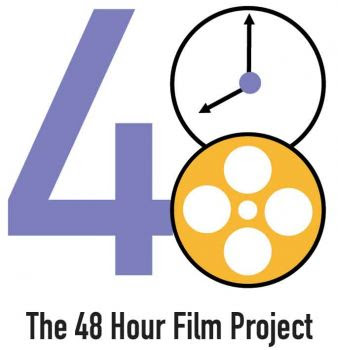 Am headed to Red River Theatres tonight for the screening of the winners from the New Hampshire 48-Hour Film Festival. (Read the excellent pre-review here.) Hope to see you there!
Posted by biscotti dana at 3:34 PM 2 comments:

Careful what you say around me... 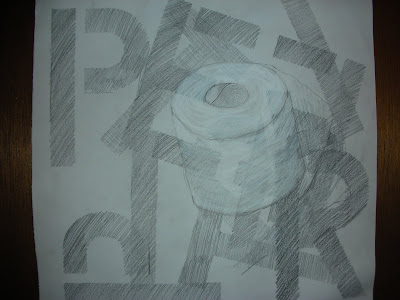 ...it may end up in one of my stories.
Recently a friend was lamenting his life's situation - a number of unfortunate circumstances brought on by the economic downturn. I, of course, suggested he write what he knows--after all, he's living a wealth of material right now. Instead he permitted me to use whatever I want from his life. And so I did. Today. In my newest ten-minute play for the stage. I've gotta say - I love it! It's a jolly fun-filled romp through an agonizingly painful reality. (I always fall in love with my words at first glance; we'll see what a few days cooling period does for me--and how I feel when I revise them at the end of the week.)
Yesterday after the excellent performances of several short plays and scenes from longer pieces at the New Hampshire Theatre Project, we authors joined the actors and directors on stage for a Q&A. Much of our discussion revolved around our characters and how we write them. Do we picture the stage as we write, one fellow writer in the audience wanted to know, or do we--as she's been doing lately--picture the characters in their real life circumstances and write with that in mind?
Each of us agreed that it's far better to picture our characters as real, multi-dimensional beings, tackling what life throws at them as best they can. And in the case of the ten-minute play, we may only glimpse their problem, but it's best to show us that turning point--or one of the main turning points in a character's life--that ten minute window into an "a-ha" moment for a character and how a character reacts when pressed into a corner.
By glimpsing that moment on stage, we create a life before and after the scene. Audiences can infer enough to build up what occurred before the curtain opened, and hopefully will care enough to ponder what comes next in our characters' lives.
While I don't always know if the audience is wondering over the future lives of my characters beyond the story's end, I often hear that my stories of family have touched someone and that they can relate because either they too have lived something similar, or they know someone who has.
What a gift to give a writer. That an audience member empathizes with any character you've created means you've shared yourself with others, and probably even created truly three-dimensional characters.
So watch what you say around me. It might end up as a piece of one of my characters' lives. Though if it touches and even inspires just one person in the audience, maybe that's good enough reason to share your stories with me after all....
(Pencil drawing above by Leo.)
Posted by biscotti dana at 9:50 AM 3 comments: 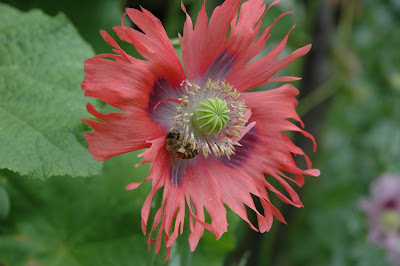 Not that life's returned to normal, but I am today able to focus (finally) on some ordinary summer hobbies. Thought I'd share, as I finally submit my last book request form for this fall's semester of teaching at UNH.
I picked up the Stephen King "On Writing" again - and am requiring it for my Advanced Scriptwriting class and for the Media Writing class - but would also like to suggest anyone who likes to write read it over the summer. It's unlike any other book on craft you've ever read. I know a few others who have read it too and agree with that assessment (including my son).
The other book, which was required of my last Media Writing class and which is again required of my class this fall, is Mignon Fogarty's "Grammar Girl's Quick and Dirty Tips for Better Writing." It incorporates silly examples, but is by far the easiest to comprehend grammar manual available today. Read it and keep it. Refer to it as necessary. Again, this is a light read and though it seems incomprehensible to say: it would make a good beach read. Or at least a great, quick, grab-me book for that next time you find yourself in a long wait line.
What else is everyone reading this summer? (Please, do share!)
I have about three books going now including two Asperger handbooks and a short story compilation by NH Humorist Rebecca Rule; I'll be re-reading the two "textbooks" mentioned above and all the others required for my classes ("The New Rules of Marketing & PR" by David Meerman Scott, "Little Miss Sunshine: The Shooting Script" by Michael Arndt, & "The Shawshank Redemption: The Shooting Script" by Frank Darabont).
I will also be reading four others: a new biography by Concord Novelist Merle Drown, a first novel written by a Goddard MFA dorm mate of mine (Bev Hamel's "Bethania: The Village by the Black Walnut Bottom"), the unfilmed original screenplay adaptation of "A Raisin in the Sun" by Lorraine Hansberry (I LOVE her stage play by the same name; apparently the 1961 film may have been based on another adaptation), and the play "Death and the Maiden" by Ariel Dorfman (I'm producing a play adaptation of his this autumn and wanted to read more plays he's written).
Of course I also have a couple more plays to read by that incomparable Irish dark humorist Martin McDonagh (who wrote the screenplay to the awesome film IN BRUGES) and, as always, I have a huge stack of books I'll probably never get to read, but will daydream that I might.
Happy summer reading (and movie watching), everyone!
Posted by biscotti dana at 11:47 AM 4 comments: