Treating the film treatment as a short story

Why write a film treatment? My introductory screenwriting students at the University of New Hampshire might answer: “Because it’s assigned on the syllabus.” To which I would ask, “But why did I assign it?”“To give us busy work?” one or more of my more cheeky students might reply.I don’t assign busy work. At least I hope I don’t. In the case of the treatment, I want to help my young writers think beyond the short scripts of our introductory class as they expand their imaginations to the two-hour cinematic story-telling event. (Writing the feature-length script is a one-semester advanced class, which is offered this fall at UNH at Manchester if you’re in the area and interested; new scriptwriters are also invited to attend this class.)The treatment tells the screen story in a neat, short package, generally 1 to 25 pages. I submit that shorter is better as I want my students to focus on the core of the story, especially their central characters.Building from the protagonist with a clear do-or-die goal, and the antagonist who opposes the hero with equal force, I want them to think out the major beats of the story. What happens first? What happens after that? And after that? Who else is involved? These are the general questions they need to answer as they proceed to pen a concise summation of their script story.When I first learned the technique, treatments were described as a dry capturing of the cinematic events that will eventually take place on the screen. Yet, in culling the net for examples to share with my class, I’ve found that treatments are as varied as the authors who write them.Therefore, I’d like to suggest a short story approach to treatment writing. “Entertain me!” I beg of my students and of anyone who attempts the treatment. And since short stories are my second favorite form to read (behind screenplays), what better way to fashion a dynamic treatment that leaps off the page?Grab me not with FADE IN, but with a killer opening line. Fashion it around the reason the story begins today. Often films begin with a wedding or funeral because these are dramatic events that rock the protagonist’s world. Who is a treatment for? In the case of the dry or step-outline treatment, I’d argue it’s for the writer. Though even this could be used as a sales tool. In this case, the treatment is strictly the spine of the story, or as the Story Merchant writes, “If a screenplay is the blueprint for a film, the treatment is the blueprint for a screenplay.”While I agree with this logic, I also think that the treatment can be a tool for determining what doesn’t work. In the case of the early treatment for “The Star Wars” (if it is indeed a legit treatment by George Lucas and not just a writerly hoax), one can read how the early treatment differed from the eventual film. In this case the treatment is one in a series of steps toward defining your characters and finding your screen story. (Link thanks to Simply Scripts.)The treatment can be a selling tool, so why not package it in as entertaining a manner as possible? Again, the short story springs to mind, though if you’re writing the treatment to an epic poem adapted to the screen, you might want to play with cadence and pen your small opus in stanzas.Why write a film treatment? Because it provides another step toward getting to know your characters and discovering your story. Enjoy the process and write something entertaining. Who knows? You might even get thanked for all your hard work with a movie deal. Or an A.
Posted by biscotti dana at 12:04 PM 1 comment: 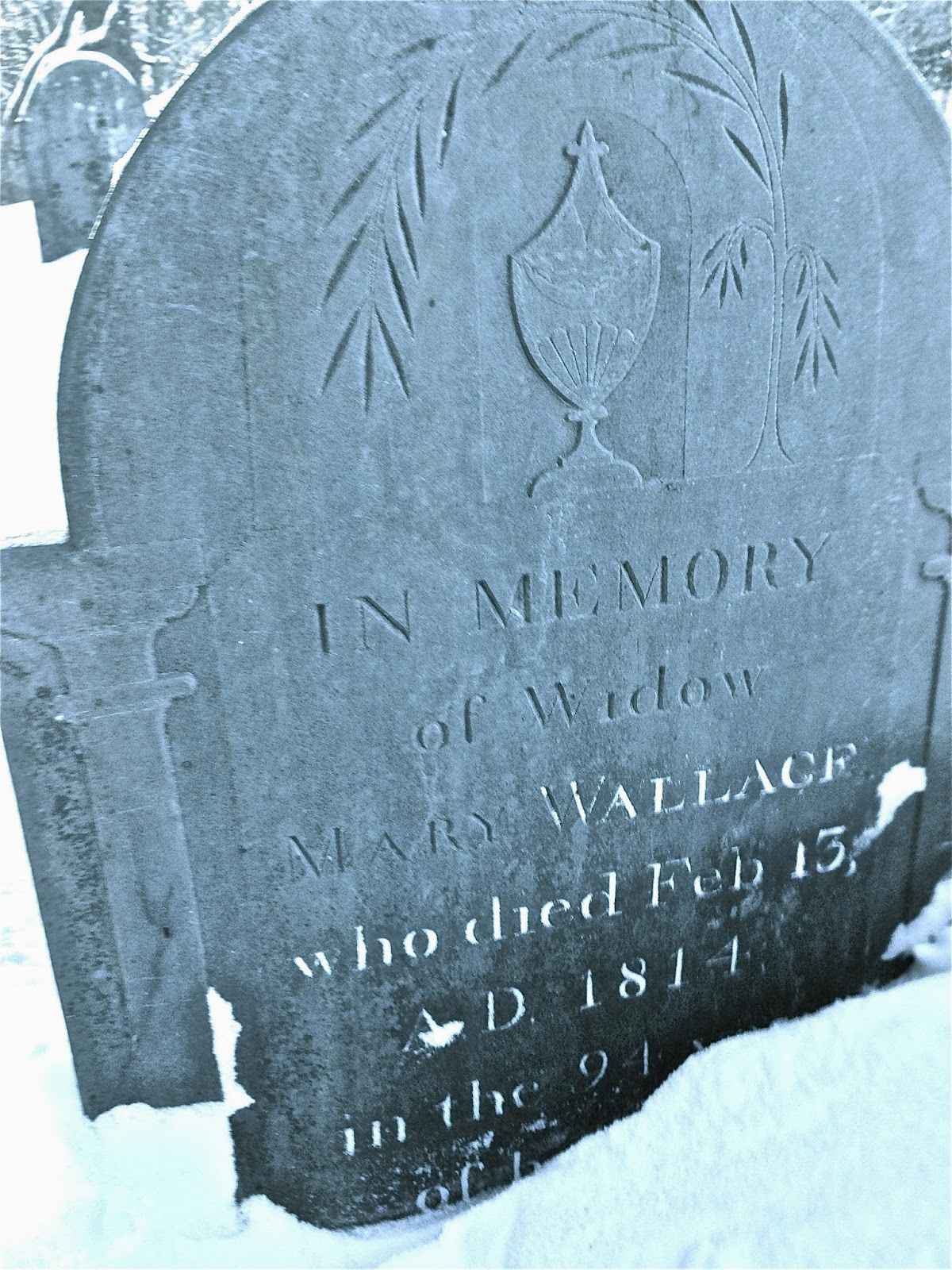 While working with my junior high mentee last winter, she asked about a local legend: the Ghost of Ocean Born Mary. "Who was Mary?" she wondered.

Our research on the internet, at the local library, and at the town's historical society turned up more than just information about the Widow Mary Wallace; we also learned about the huckster who moved to town in 1917 and proceeded to spin a number of yarns about the Ghost of Ocean Born Mary who allegedly haunted the home he shared with his mother.

As an internationally-recognized photographer, Louis Maurice Auguste "Gussie" Roy knew his way around the press. During the 1920s, 30s, and 40s, stories of the ghost who haunted his Henniker home were published across the country. At the height of his publicity campaign, as many as a hundred tourists could be seen queuing up to take the famous Ghost Tour.

Wanting to share the juicy details with others, we decided a stage play would be the best presentation. Thus was born "The Ghost & Gussie Roy." Coincidentally, we were also able to whip the play into shape by the 200th anniversary of Mary Wallace's death: Feb. 13. It will be featured as a staged reading on Wednesday, March 19, at 7 p.m. at the Congregational Church of Henniker.

What's next? We hope to see the play fully staged, of course. And we're considering co-writing a screenplay for a film about Gussie Roy and his Ghost, which would be filmed and released in time to celebrate Ocean Born Mary's 300th birthday in 2020.
Posted by biscotti dana at 12:45 AM No comments:

Nice to know we have a safety plan

While 2013 is still a dazed blur of doctor's visits mixed with life's normal ups and downs, 2014 has already proven to be a year of personal and professional growth, which promises to deliver me safely to my new normal.

I'm secure in my latest diagnosis: Chronic Lyme Disease, which explains all the auto-immune disorders heaped upon me by those blasted borrelia burgdorferi bacterial spirochetes over the past couple years. In getting better, I'm backing out the way I came in: shedding my latest diagnosis first and then the next and then the one after that, and so on. It's decidedly unscientific at this point, especially since the CDC refuses to recognize the possibility that Lyme Disease can persist beyond a couple weeks or a month, and necessitates a much too hyped bulls-eye rash, which if I'm any indication, can easily be misdiagnosed in and of itself. 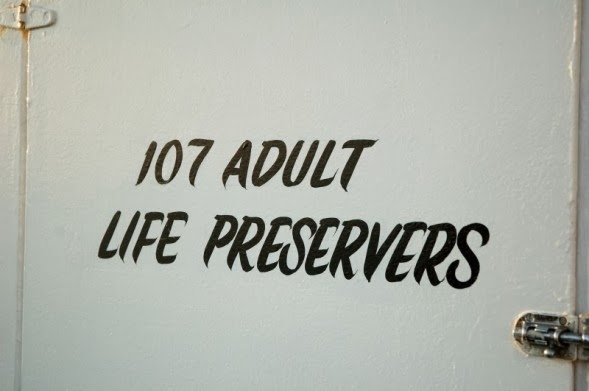 Indeed, traveling backwards in time through my medical records with my physicians, we have found a bulls-eye rash in my history, though it was thought at the time to have simply been ringworm rash. A nurse at one of my physician's practices, who believes in the CDC rules only, ignoring all ILAD findings, asked me if the fungal cream cleared it up. While I recognized it as a trick question, she thought it blatantly black and white. Yes, the rash disappeared, but had it been a Lyme bulls-eye rash, it would have disappeared with or without an anti-fungal cream.

While ridiculous controversy surrounds Lyme and all its possible manifestations, certain facts are irrefutable and should serve as a cautionary warning to us all:
Looking at that list, I now wonder why I even believe we have a safety plan, as I've indicated in my title.

I confessed to my physician that I am afraid of going into my beloved gardens this spring. He agreed that I have much to fear there. We discussed the exploding deer tick population, and the findings by scientists who study them. I shared that in the fall I attended a talk by Dr. Alan Eaton, an entomologist who teaches at UNH, and who serves as statewide coordinator of Integrated Pest Management programs, identifying and providing information about ticks and mosquitoes and the diseases they carry. Dr. Eaton reported that a large percentage of ticks he and his team study are infected with the Lyme bacteria.

Further cause for concern is that the ticks are not only grabbing the Lyme bacteria from their deer host, but also from the cute chipmunks, wily squirrels, and rampant field mice that populate our suburban settings. Scientists have discovered that the small rodents are apparently perfectly suited to harbor and grow the borrelia burgdorferi bacteria. As the host, the small rodents don't get ill; instead, they provide the perfect environment for the bacteria to grow and multiply, ultimately becoming a filling station for the ticks that attach to them.

Oy. I might never garden again. I know I never want to get so sick again that I can't think. At the worst of this disease, I lost about three months to black outs, restless sleep, and just plain fatigue that was so overwhelming I could not read to the end of a sentence without recalling how it began. For a writer it was devastating. For a professor it was debilitating. For a mom, a wife, a friend, it was disheartening. No, I don't think I want to go there again for anything.

Lest you think this an essay in self-pity, it is not. For all the disease has taken from me, it has given me tenfold. I found yoga and meditation. I discovered a new appreciation for life. I uncovered a deeper ability to love. And I stumbled upon the answer to my life's search for happiness: that happiness lies within; no matter how much money or objects accumulated, the pleasure they may bring is fleeting. True happiness lies deep inside, where I've also found God. In fact, I've reconnected with Him (or Her) in a way I haven't experienced since childhood.

So no, I don't want to experience Lyme again, but I wouldn't change a step in my journey thus far. And whether or not I tend to my gardens this spring--clad in the most unsightly get-ups imaginable, possibly even a hazmat suit--I will smile with my newly discovered inner peace and joy, resting assured that a safety plan is in place. Even if I don't yet know what that plan is.

Posted by biscotti dana at 12:34 PM No comments: