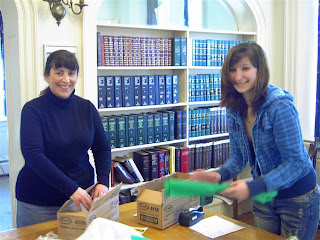 Non-union Actresses - Ages 7-15 AND 20-n-OVER* needed for On-camera for 7DAYPSA competition project shooting in New Hampshire, exact place TBA on Tuesday, February 2 (likely from 3-6 PM).  The winning public service announcements will be shown for one year on Rhode Island television stations and longer on the web site for Big Sisters of Rhode Island.  For more information on the competition, go to www.7DayPSA.org.
(Photo above of Dana and her daughter Abby wrapping presents for Project Santa at Jan's lawfirm.  Many families were helped this past December.)
Posted by biscotti dana at 5:07 PM No comments: 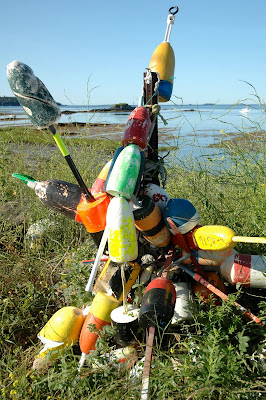 More information soon.  For now, prepare to send me your best screenplay of five pages or fewer. 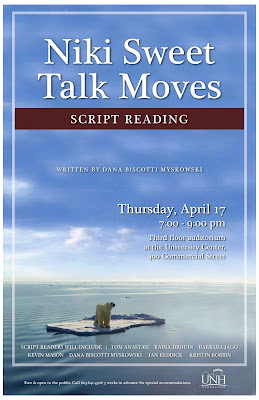 Roku has ROCKED our house!

We have maybe 13 channels via our regular cable. Roku has turned our TV into a film and documentary haven. That Pandora is supported too was an unexpected bonus.

(What can I say?  I love the movies.  And now Roku and Netflix make them so easy to watch over my TV...saving me from having to unplug my laptop in my office and connect it to the TV in the living room.  Who knew life could be so simple?)


Poster above for the script reading was from 2008.

Posted by biscotti dana at 5:33 PM No comments:

Write a Short Screenplay in 2010
Lesson Three:
Tag!  Your Character is it. 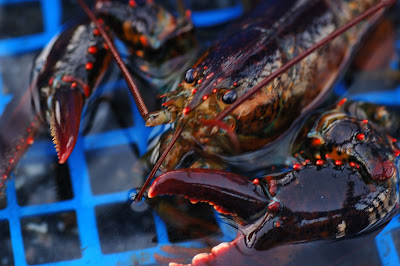 What's a tag?  It's the description of the character the first time he appears in a screenplay.  It's the one time in screenwriting that the writer is permitted to write details that will only be read by the actors and director.  Though if you've crafted your story correctly, the viewing audience will pick up on the characteristics that you outline in your tag.

What makes a good tag?  It's the spot-on definition of character traits.  Spoiled. Arrogant. Pissed at the world. Always in a hurry. Too good for mankind.  Everyone's friend.  Mild-mannered.  A doormat.

And what of looks?  Only tell us physical details if they are pertinent to what makes the character who she is.  For example, you might write: BRENDA DILLON (13), the tallest girl in the school and painfully aware of that fact.  She's also the best Center in the state of Nebraska, but that's hardly just compensation for the pain of always being the wallflower at junior high dances.

You wouldn't want to describe Brenda as six foot tall.  Why not?  What if the best actor for the part was five foot seven?  You don't want to force your casting director to choose a runner-up simply because the actor fits the height requirement.  This way you allow your casting director and production team to work together to make sure the supporting actors are shorter.  Remember: filmmaking is a collaborative process.

The best way to get a good feel for how to write tags is to read them in screenplays.  If they gave an award for best tag ever written, I'd argue loudly that it be granted to Mark Andrus, screenwriter of AS GOOD AS IT GETS, for his description of Melvin Udell (played by Jack Nicholson).  Melvin is described as:


Now that's a tag an actor can sink his teeth into.  See the movie if you haven't already; you'll witness how the screenwriter, director, and actor brought Melvin to life exactly as the character was tagged.

An optional exercise today: use the photos to describe what kind of character is behind them.  I'll post my own ideas in a day or two. 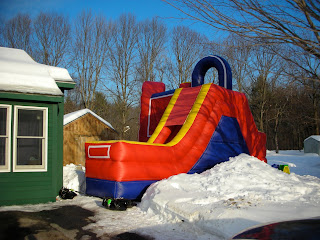 Cheers!
Posted by biscotti dana at 5:04 PM No comments:

Email ThisBlogThis!Share to TwitterShare to FacebookShare to Pinterest
Labels: how to write, screenplay, screenwriting, scriptwriting, writing

Bad dialogue annoys.  Good dialogue scoots by undetected.  Why is that?  Because if the dialogue's spot-on, it simply becomes another production tool in the film.  Keep in mind that filmmaking is a collaborative business, and part of that collaboration is making sure as writers we're providing solid material for our actors and directors to work with.

So what makes good dialogue good?  Or bad dialogue not so good?  Maybe we should visit our ol' pal Clint for the Good, the Bad, and the Ugly on the subject:

The good - well, duh, it flows.  It's short.  Or if it's an actor's wet dream of a monologue (think Oscar nominations, baby!), then it has both heart and heat.  And no extraneous additives to slow it down.

The bad - it's easier to identify the dialogue that doesn't work.  Perhaps it limps off the tongue like a piece of undercooked bacon, extra smarmy or with not enough contractions.  Or it states things on the nose -- point blank.  Saying what you mean is not all it's cracked up to be in the dialogue business.  Hints and allegations are much more alluring.

The ugly - it just doesn't sound like a good fit for the character.  Perhaps it's Tom Bosley trying his best to impersonate a downeast accent in MURDER SHE WROTE, which just comes off cheesy since no one in Maine sounds like he does.  Or maybe it's Tom Cruise using an American accent to play a German spy.  (Okay, that faux pas I fault the casting director for.)

Keep that in mind as your characters interact with each other.  In DEAD POETS SOCIETY (yes, I'm reaching back a bit, but it's a great film and should be enjoyed and studied by all film enthusiasts) the fellows speak freely with each other, but are formal and stilted when speaking with adults.  Even the adults speak more freely with each other than with their students.

A few additional notes I've picked up along the way:

- Avoid introductions when possible, or at least be brief and clever with them.
- Avoid writin' in accents.  They're god dern annoyin' to try to read in dialogue.  Instead, tag your character with the accent you want to hear: JOSIAH SMITH (34) Southern from tip to toe, as evidenced in his syrupy, Georgian speech.
- Avoid hello's and good byes.  Ever notice how characters on TV and in film answer the phone with a statement or a question and hang up before the good bye?  We even tend to do it more in our hectic everyday pace, especially with the advent of caller id.  "You got my money?" is a much more intriguing way to answer the phone then "Hello?"
- Write with contractions.  And idioms.  Unless your character is foreign and a stranger to our speech patterns (in which case your character may mix up common phrases).
- Keep your dialogue short and succinct.  We do not normally speak to each other in term-paper lengths.
- Keep your characters LISTENING to each other.  That means they should answer the question or comment that just preceded...not the one that was posed three sentences ago.
- Avoid the little lead-in words such as like, hey, look, well.  Unless your character is a Valley girl, like does not like belong, ya know?  If the dialogue naturally calls for such a throw-away word, the actor will use it deftly.

Okay, that's enough for today.  What are you waiting for?  Time to do some eavesdropping....

Cheers!
Posted by biscotti dana at 12:23 PM No comments:

Email ThisBlogThis!Share to TwitterShare to FacebookShare to Pinterest
Okay. It's 2010.  Let's write a short screenplay together. 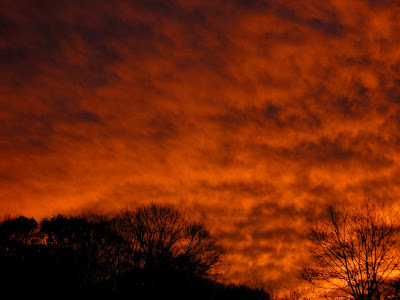 Now if I may presume you already have a premise of a story, here's how you begin:

It's ALL CAPPED and Flush Left, followed directly by the obligatory colon.

Below that line is a space, and below that is a slug line that tells us where we are and whether it's night or day:

INT. = Interior.  If we're outside, then you write EXT. for exterior.  The Office location just happens to be where I am currently sitting, but you would use your imagination to place your characters wherever they may be: on the MOON, in a SUBMARINE, in an APARTMENT, etc.  Then cap it off with DAY or NIGHT.  Not EARLY MORNING or DUSK or any of the countless other descriptions for NIGHT or DAY.  A camera operator once thanked me for sharing this bit of advice with a workshop crowd at a film festival; he said, "the camera only knows light or dark, so night or day is what we need to make sure we capture the image correctly."  If you must convey first thing in the morning, do so with a simple prop like a Rooster CROWING or an alarm clock or a newspaper being delivered or what have you.

Next comes the action description line.  Keep your lines brief, with few or no adjectives or adverbs. And yes, sentence fragments are acceptable. Sometimes even encouraged. Here's an example:

The bereft beauty, SCARLET (30s), typed in the stillness of a house asleep.  Her eyes struggled to remain open as her fingers kept pounding the wrong keys.

If there's dialogue to be written, well, that's just another thing entirely, isn't it?  We'll tackle dialogue tomorrow.  That should give you time to conjure up a couple characters and to place them in a story.  Hmm, character development.  Guess we'll need to tackle that one too, eh?  For now, focus on a strong protagonist (or hero of your story) and an equally powerful and completely opposite antagonist.  Give your protagonist a do-or-die goal to achieve.  And place your antagonist squarely in your protagonist's way.  And to make it REALLY compelling, keep in mind that to the antagonist, he or she is the protagonist of the story.  That means that BOTH characters should be well defined and three dimensional.  (General rules here; always general rules.  And, as with all rules, they are of course able to be broken.  But first you must know the rule before you can artfully break it to achieve your goals.)

Make me the antagonist of your little drama if you must.  But remember that I'll always be the protagonist from my own point of view.

Good night, all!
Posted by biscotti dana at 12:25 AM No comments: