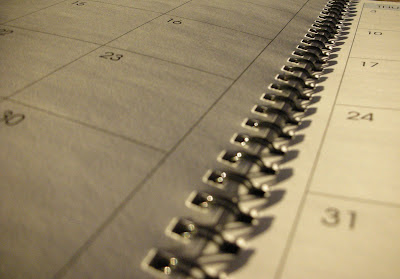 People are sweet, wanting to know what I’m up to now that I’m free from the harried packet schedule of grad school. So here’s a rundown:

Job Applications are OUT: I collected my last reference letter over graduation weekend, returned home and sent out applications to EVERY commutable university and private high school position in the state (all beginning in the Fall of 2008)—even when the job was somewhat of a stretch for my credentials.

Shorts are IN: Am working on two short screenplays in anticipation of possible 2008 shoots. One is the long anticipated PROVIDER/NEXT IN LINE (The “Niki” short, as Director Mark Constance, DGA AD, and I refer to it) and the other is an all new Nathan Hale project with DGA Director Adam Jones who, last I knew, was hanging around 66th and 3rd in NYC.

Short plays are IN, too: I am writing 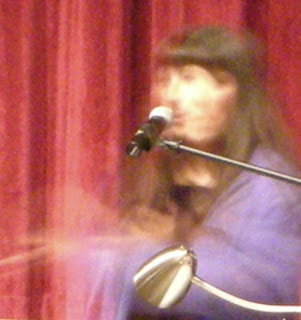 to contest specifications for a ten-minute coffee-house setting with 2 to 4 actors. I’ll have it read next weekend at playwrights group where, as I understand it, three or more members ALSO have written plays for the contest. Yey team! I’m also trying a Hale-Jones experiment in the coffee house…can’t wait to see if it perks.

The Adjunct is IN the building: and in the classroom as of NEXT week. I’m scrambling to prepare my two classes. I’ll be teaching Image & Sound, filling in for a professor on sabbatical, so I am stressing out as I try to sort through all the material. (I do have the first five quizzes typed up and in to be copied, and I’ve sketched out the first two classes already….) And I’m teaching Media Writing for the second time ever; a few changes to the virgin syllabus from last semester, plus the AP Stylebook is newly updated, which changed seven of my ten quizzes. Ouch.

The Individual Adjunct is also IN: I’m excited to be working with a gifted writer in an Independent Study arrangement as he pens a feature-length script. I’ll be dusting off PLOWING UP A SNAKE, 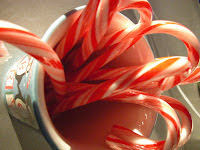 an adaptation of the Merle Drown novel by the same name, as I revise along with my student and exchange ten pages of script with him each week. And I’ve also begun advising on two internships—one student is at High Point Communications this semester, while the other is interning at WMUR TV. Fun!

The Son is MOVED: and onto semester number two. He has a cell phone this semester…and if he doesn’t answer my every call, he soon won’t have a cell phone this semester (consider that a warning, kiddo!). He has TWO entries in this year’s Minimalist Exhibit at the NH Institute of Art. One, in particular, is fabulous…and I’m hoping to add it to my own collection when the sale begins on the 1/17. KA-CHING!

The Daughter is pondering: whether to remain at her current high school or transfer to another. We’ll all make a decision in another two weeks. It’s rough going back and forth in the meantime. And this week she faces midterms, but she heads into them well-positioned. All A’s and B’s. She’s incredibly hard working, as also evidenced by her work schedule at the ski resort in town. Cool! 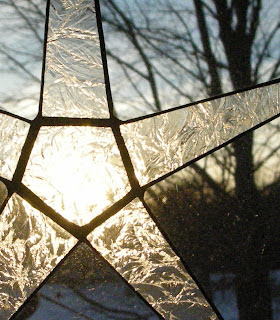 up this week: a flash fiction around the theme “beneath the bed.” I had just been to the dentist for a filling, an event that meant nightmares for me beforehand (I am soooo dramatic!). Guess what was under my bed in the story? We’ll see if the contest organizers think my idea has any teeth….

And I’ve been pondering an “Are we there yet?” writing prompt for Symphony Space’s latest Selected Shorts competition. I penned an essay that I enjoy, but it’s not the short story they’re looking for. I still have time, however. Who knows if it’ll come to me.

And of course I’ve been polishing NIKI SWEET TALK MOVES and am ready to move the latest draft out to my producer once the Writer’s Strike lifts. Here’s hoping that negotiations happen SOON.

In the meantime, I’m casting 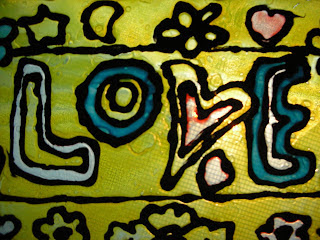 for the reading of NIKI SWEET TALK MOVES, to be held at UNH-M on April 17th at 7 p.m. Need to get to the character breakdowns this week and make a few calls to folks who have expressed an interest.

I’m also moving UP: to a first-floor in-home office! It’s exciting…but too much WORK. Oy. I’m hoping to be settled by the time classes start at UNH.

So that’s it. Nothing but the same old, same old, without the packet schedule. Except that a friend of mine and I ARE adhering to the packet exchange schedule in an effort to remain focused as writers. Gotta stick to that Mosley time, after all. In our G-1 semester, visiting novelist Walter Mosley advised us that if we are to succeed as writers, we must set aside at least two hours a day to devote to our craft. Preferably the same two hours each day, uninterrupted. So please refrain from contacting me between 4 and 6 a.m. Thank you!

And thanks for stopping by. Cheers!

(Photos: From the top - after uploading graduation pictures, I noticed the late afternoon sunshine casting cool shadows and making everyday objects look cool. An animated me reads behind the podium at graduation weekend. A couple more from my impromptu afternoon shooting--leftover candy canes and sun behind a stained glass star that my mom made. Finally, a pic of one of my daughter's window cling arts that she made.)
Posted by biscotti dana at 6:30 PM No comments: 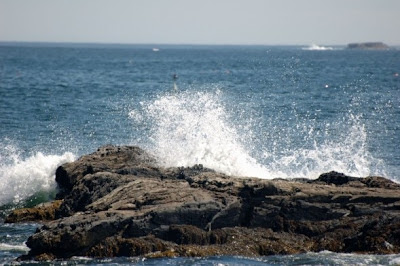 Even the ocean celebrates.

Congratulations to all of my classmates who walked and talked Sunday!

And yet it's just beginning.

Thanks to all of you who have followed my blog all these semesters. An update as to what is next will soon follow....

(Photo above features rocks off the coast of Cliff Island, Casco Bay, Maine, taken by my hubby; the sketch is one of my son's early drawings, one that did not make the cut of his art school portfolio, but which has always been one of my favorites.)
Posted by biscotti dana at 11:07 AM No comments: