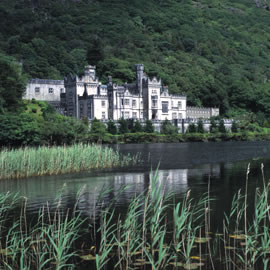 I always feel like a fraud celebrating this holiday. I'm Italian. My hubby's part Irish, complete with the saintly middle name, so at least I feel a little less fraud-like. And let's face it, there's something fun about green beer. Well, if you can get past all that green. Maybe I'll just open a Guinness instead.

Oh--here's a Guinness aside for the masses: My father (God rest him) once toured the Guinness Plant when he was in Ireland on business. At the end of the tour he received his two complimentary pints. And oh, sweet sorrow...he didn't like the taste. "Too bitter," he proclaimed. His buddies were thrilled. I still mourn the thought. Obviously. He did bring me back a cool t-shirt, which I've had to hide recently since with teens in the house we can't be glorifying alcoholic beverages. Secretly salute them perhaps, but not openly praise them. Except in blogger world, of course.

Well, for those of you following my Goddard progress, today I posted Packet Three. Hallelujah! No trumpets sounded, no masses applauded, but I felt good walking in the 30+ degrees to the post office (my van's in the shop: brake job...ugh). Felt even better walking back. Like that proverbial weight had been lifted.

Packet Three officially represents "Hump Packet." Three down, two to go. I shouldn't be thinking of it that way, understand. After all, writing is a daily exercise, not a thing we do simply to complete an assignment.

I mean, I write everyday normally. Have since I was a young lass not growing up in Ireland. More like outside Cleveland. Then Oklahoma for a spell. Next spent three winters in one year in the Buffalo area. And landed in western Massachusetts. Since then, my adult journeys have seen me through Connecticut, Vermont, Virginia, and now New Hampshire.

When I write, I usually have some sort of goal in mind. Whether I'm writing purely for spec or for hire, I know where I will submit my pages once they're ready. So isn't that writing to complete an assignment, even if it is self-assigned?

So in this packet, for those of you still struggling to find a point to this post, I included:

--18 pages of script (yes--finally script pages!)
--11 pages of outline (I tossed my first outline completely and rewrote it, tossed that and rewrote it, and am reworking the third version now...oy!)
--one Annotation: three pages looking at surprise as a tool of the screenwriter in William Goldman's MARATHON MAN
--one five page paper. Okay this is where I confess that my advisor told me to toss my first five page paper and start from scratch. Also to do more research. The original paper covered some weak premise regarding the Female Version of Neil Simon's "The Odd Couple" (see an earlier post; or preferably, please don't!). In this paper I compared that to the original version and discussed how the Feminist's Movement provided a more powerful setting for the original version--in which Simon packed some serious commentary on the times into his plethora of laughs. Consider that the original play opened in New York in the mid 60's, when the Feminist Movement was extremely active. The Female Version opened nearly twenty years later, after Roe V. Wade and more had already been settled. A little less powerful the message is all I'm saying. Anyway, I hope I proved it in five pages better than I've settled the matter here.
--And a three-page Process Letter to my advisor, in which I asked questions and answered his from my last packet.

So, that's where I'm at today. This weekend I'll write my next annotation on THE BONFIRE OF THE VANITIES. And I'll continue to revise my outline and pick up on my script pages.

Plus I have a client's script to finish critiquing. And about ten more second draft short scripts to read and critique, written by my Intro Screenwriting students at UNH-Manchester.

Oh, and there's a party to plan, too. On Tuesday the Intro students will be pitching their ideas in a "PitchFiesta Mocktail" event at the university. It's designed to let the students practice pitching as they might at a film festival cocktail party. It's my fifth time throwing the party. Word's getting out. Our RSVPs are on the rise.

Well, off to tend to business. Thanks for stopping in. Leave a note if you feel like it: let me know what you did on this great green day.

Cheers!
Posted by biscotti dana at 4:50 PM No comments: