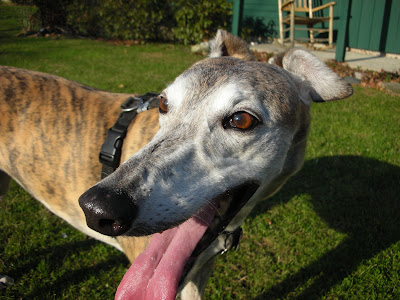 Since I can’t mind meld with you, dear reader, I will have to slam on the brakes before I’ve even begun.  For before we can enjoy debating how character determines plot or vice versa, we must first discuss the mechanics of a screenplay.  (This is where we sound our collective SIGH.)

Yet, by understanding that it is because scriptwriting is a collaborative endeavor, it should help to comprehend why formatting is so vitally important.  What it all comes down to is this:

I know, you hoped I was going to say fame and fortune.  Quick: name your favorite movie.  Tell me who starred in it.  Easy, right?  Who directed it?  Maybe that’s equally as easy.  Now tell me who wrote it.  Unless you’re like me and follow the published lives of favorite screenwriters and playwrights, you probably can’t name 50 percent of the writers for your top ten favorite flicks.

That’s how famous you can hope to be as a screenwriter.

Okay, so let’s steer back to money.  This is show BUSINESS people.  The quicker we understand that, the quicker we’ll understand why there are rules that are meant to be followed.  (Some can be broken, but that comes MUCH later…once you’ve learned them all and can break an occasional one on purpose for a specific effect.)

When correctly formatted, one screenplay page equals roughly one minute of screen time.  And in this business, even when a movie is shot on digital cameras, time is literally money.  So, when a decision maker gets your script, one of the first questions is: how many pages is it?  (Translation, roughly how much is this thing going to cost me to produce?)

Of course other variables affect the bottom line, such as special effects.  Weather is a special effect.  Really.  But there are ways around costly weather events.  For instance, if you need rain to produce the right mood, set the scene inside and let the window show us the rain.  The SFX team can rig a hose or two above the window for much less money than it would cost to bring rain to an exterior shot.

So, here’s your primer on correctly formatting a screenplay:

FADE IN: and SLUG LINES are left flush and ALL CAPPED

Transitions such as FADE OUT: or the final FADE OUT. are flush right and ALL CAPPED

Action paragraphs run the entire width of the page in upper and lower case.  Fragments are acceptable.  Ideally, paragraphs should run three lines or shorter; while an occasional four-line action graph is acceptable, any more than that slows down the reading too much.

CHARACTERS NAMES APPEAR CAPPED above their dialogue at three and a half inches from the left of the page.

Dialogue appears in upper and lower case indented on both sides at two and a half inches on the left, roughly the same to two inches on the right.  (It’s ragged right, so do your best guess if you are not using FINAL DRAFT or MOVIE MAGIC SCREENWRITER formatting software.)

Screenplays are ALWAYS in the present tense.

A slug line is: INT. LOCATION – DAY  It can be INT. (interior) or EXT. (exterior), any location you choose, one dash or two (just be consistent throughout your script), and DAY or NIGHT (since the camera only knows light or dark; if you need sunrise, mention something tangible that can depict sunrise in your action line—a ROOSTER’S CROW, an alarm clock’s BEEP, etc.).

There is a ton more to learn, but that’s a quick taste that I’ll let you savor until next week (or so).  A good, solid formatting book that I require of all my screenwriting students is Paul Argentini’s “Elements of Style for Screenwriters, First Edition,” which is available at Amazon dot com for about ten dollars or so.  Buy it if you’re interested in this field.  And read it once.  Then refer to it over and over again.

I’ll be back as soon as I can with more.  Sorry, but I have a few more pages to cut from my latest rewrite of a feature-length screenplay. J

Posted by biscotti dana at 5:16 PM No comments: